Counting down the days

We are now counting down the days and trying to make sure that we've seen all the sights on Majuro. We tried to go see the museum but it wasn't open-there is a standing joke about the museum hours. To try and be assured that we could get in, we stopped by the Visitor's Authority and checked on the hours. The woman called the museum and told them that we were planning to come and they said they would be there by 1:00pm. To allow for island time, we showed up at 1:10pm and stayed until 1:30pm and still no one was there. We may try again today but we may also just skip it-it makes me too frustrated to try and guess when they are going to be open.

This past evening we ordered pizza and hung out at the lagoon area of the hotel with the other adoptive families. It was a nice, relaxing evening. I've posted some pics of our outing-the kids had such a good time playing in the sand and water and the grown-ups. Last night was also the closing night of the President's Summit (this is the reason all the flights have been booked)at the hotel restaurant. There was a band setup poolside and we got to enjoy some really good music-it was an interesting mix of country music-Don Williams, Freddy Fender. 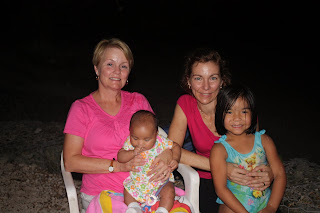 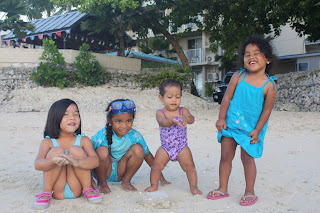