I don't remember doing it, but we've got multiple things scheduled each day this week. There are Easter/spring activities planned for the girls, doctor's appointments, hair appointments, sleepovers, cats to the vet appointments, and I'm exhausted trying to remember them all.

Here's a picture recap from the past few weeks: 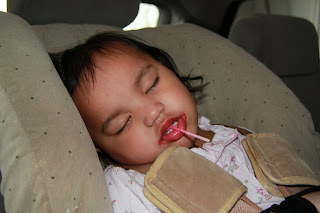 K went to her first birthday party and was overjoyed when she found lollipops, which she calls "lollies", in the pinata. So excited was she, that she fell asleep with the stick in her mouth--gotta love that girl! 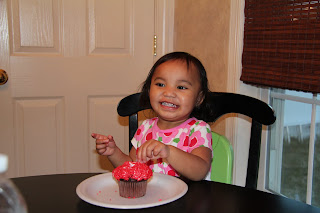 K's Birthday Day! Poor thing had just been to the doctor and had strepthroat and I didn't want to overload her with a big birthday cake so we celebrated with an Elmo cupcake. 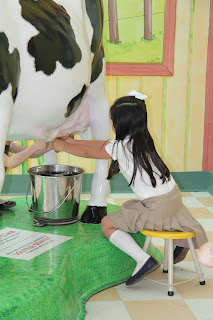 G's class went to the Children's Science Museum and look what they got to experience. Who knew that milking a cow could be considered science? 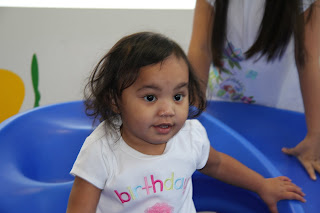 K had her birthday party at her favorite place---Toddlin' Time. I have to say that for a 2 years-old party that it went smashingly well. All the invitees were also Toddlin' Time attendees and so because it was familiar and led by their favorite teacher, Miss Caroline, they were comfortable enough to let their hair down and play. 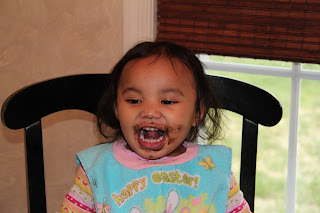 Lickin' the spoon from the chocolate cake that I was making for her family birthday party. Anyone see a pattern here---this household has extended birthday celebrations! 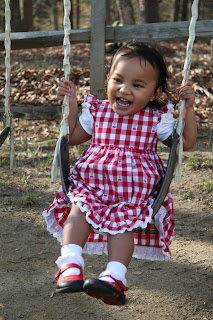 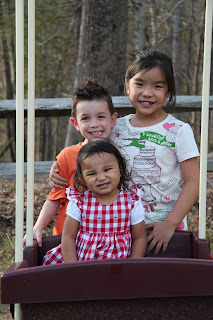 One look at that cheese eatin' grin and you can see that I pulled her away from the swing to try and get these pics of the cousins----there's got to be one in every group pic and she happens to be mine:-)
Posted by About Us at 5:20 AM