Hard to believe but I am now the parent of a seven-year-old---how the @#*& did that happen? It seems like yesterday we were on a plane on our way to China to bring our beautiful girl home and now here she is just about grown-up. (I know there's still a lot of growing to do but sometimes she is most definitely, seven going on thirty!)

We had a fabulous pool party (if I say so myself). Her very best friends and some of her school acquaintances were there. 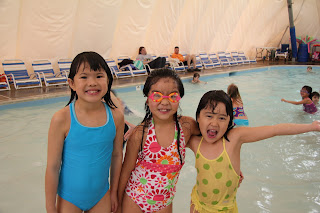 We had a beautiful pull-apart cupcake "cake" from Super Target. They did a fabulous job using a copy of the party invitation. 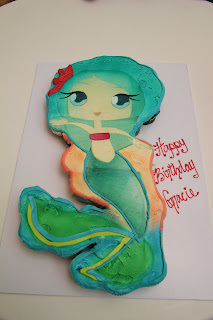 She had a great time opening gifts, which continued into the weekend with a family party at Grammy's house. 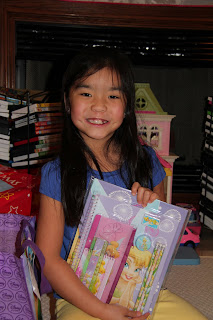 And we will finish up this year's birthday with a trip to New York next week to spent the day at the American Girl store. I've already told R, "be afraid, be very afraid" :-)
Posted by About Us at 5:33 AM