Wow, that was quick!! It seems like G just had her last day of school yesterday and now we're starting a new school year. While I'm looking forward to the consistency of the routine, I'm going to miss just hanging out with my girls and just doing whatever we feel like doing for the day.

It's been a month since my last post and lots of things have been going on. G went to summer camp for the first time this year. She did a two week camp thru her school called, "Sing, Spell, Read, and Write"-which she loved. She also did a mini-camp for cheerleading. The pic below was taken the last evening after they performed for the parents. I was impressed that they were able to learn so much in such a short period of time. 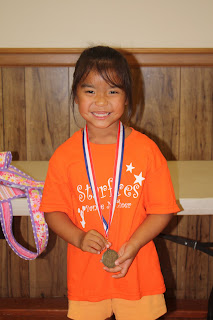 Last month we attended an adoptive families reunion for Baby K-this month it was G's turn. Each year on the same weekend in August we get together with the families that we traveled to China with. This year, eleven of the twelve families were able to be there and what a weekend. I am constantly amazed that even though the girls don't see each other but once a year that the bond they share remains strong. When we first arrived they were all a little tentative but by the time Sunday came around they were playing together like friends that they see quite often.

It's hard to believe that it's been five years since we made that trip. This was probably the first reunion that the girls actually verbalized their sadness over leaving each other. It was really sweet to see them hugging each other goodbye-I overheard, "I won't forget you until next year," and "I'll be sending you love," and the cutest of all, "Get your mom to send my mom an email and I will send you a letter." Yes, that last comment was put forth by G which means that maybe I use our email too often:-)

Here's a couple of pics from our reunion weekend: 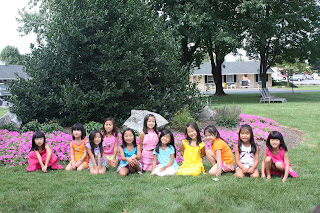 G and her China sisters 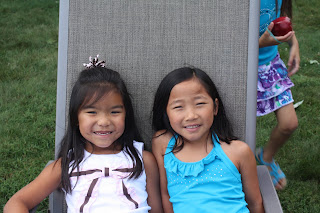 G and friend at our China Travel Group Reunion 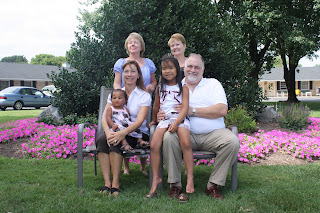 We got home from the reunion on a Sunday and then school orientation was Thursday, and the official first day was Friday. I almost can't believe that G is in first grade. Here's a few pics from that first day: 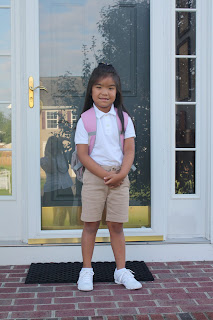 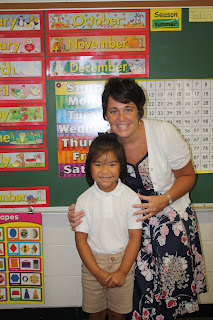