October is finally here and we seem to be getting some cooler weather, with the exception of yesterday when we went to the pumpkin patch. It seemed more like summer than fall-it's not supposed to be 90 in October!

Even though it was a little warm for long-sleeve shirts and coveralls, we still had a great day. The weather has been reasonably good and so the fields weren't muddy and the girls got the chance to get in there and pick their own pumpkins.

Since it was also a holiday, we had the luxury of not having to hurry. The girls had the opportunity to see and pet the animals, to play in the hay and on the swings and to wander thru the sunflower fields. It really couldn't have been any better of a day. 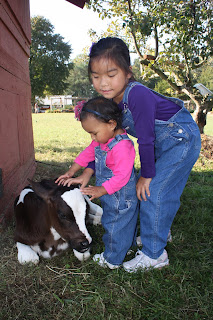 The girls petting a baby calf 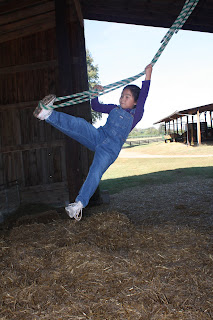 G on the rope swing 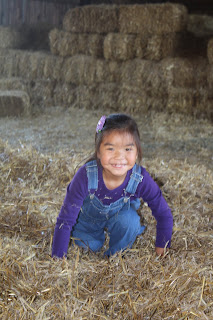 and falling off in the hay 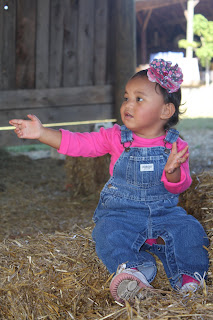 Could somebody get me out of this hay? 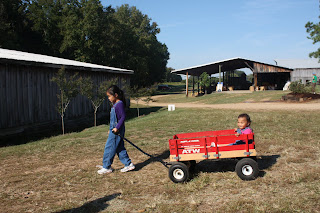 On the way to the field 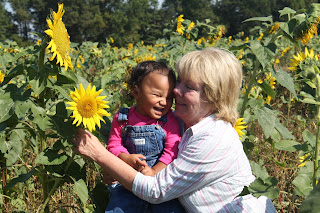 Grammy and K in the sunflowers

Every year since G was little and we've been going to the pumpkin patch, I like to get a picture of her sitting on a pumpkin. This was K's first year to actually sit unaided. You can see from her expression that she really doesn't get this whole "sittin' on the pumpkin thing". 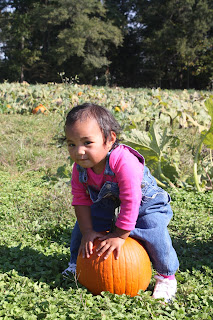 And you can also tell from G's expression that she just thinks sitting on these pumpkins is way too silly for a six year old, but I got the pics and that's what counts:-) 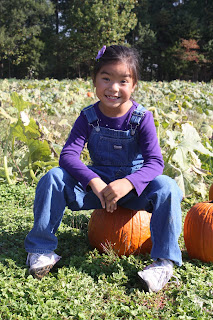 G on her pumpkin (begrudgingly)

I don't want to forget to mention that K is now 18 months old. She celebrated the milestone by learning to make silly faces. Hey, what are big sisters for anyway? 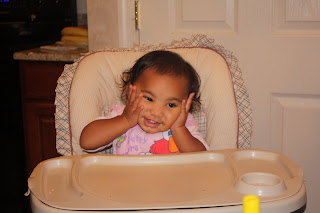 Had to add this pic of K in her chef's outfit-too funny!!! K went to a friend's birthday party at the Young Chef's Academy and brought the hat home. Presto! With a little scotch tape it fit K perfectly! 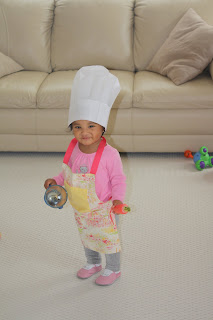